The Chief of Staff Akosua Frema Osei-Opare has directed that the Controller and Accountant General’s Department (CAGD) commences from 1st April 2022 a 30% deductions of salaries from all government appointees.

A letter from the Presidency dated 19th April 2022 indicates that the directive was issued by Cabinet at its first Special Meeting of the year held on Monday 21st March 2022.

She added that heads of SoEs should obtain the details of the specific bank account into which the deductions should be paid from the Controller and Accountant General.

The directive also include 50% cut in fuel allocation to all political appointees and heads of MDAs, MMDAs and SoEs also effective from 1st April 2022.

“This directive applies to all methods of fuel allocation, including coupons, electronic cards, chit systems, and collections from fuel depots,” the letter added

Attached is portion of the letter from the Presidency 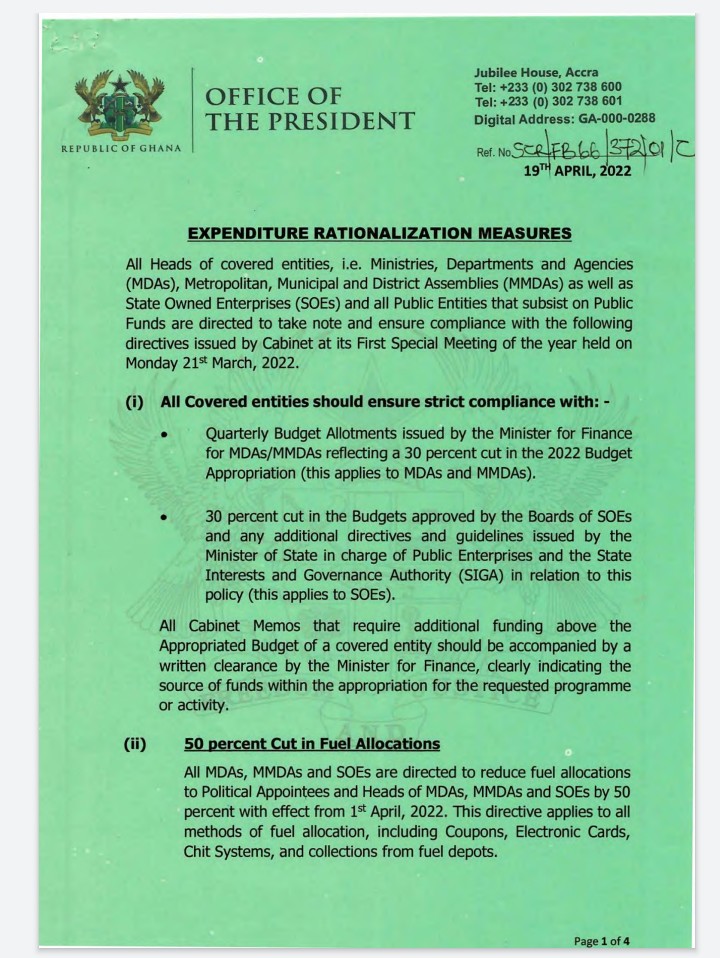