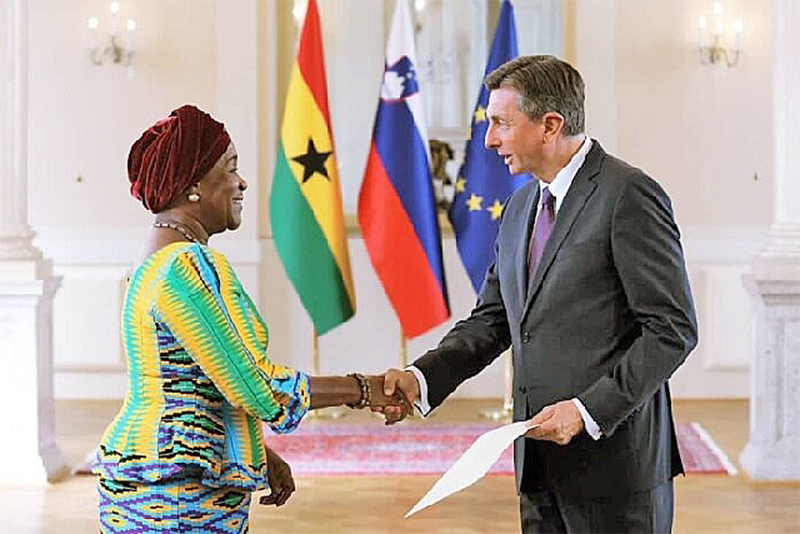 She recently hosted President Nana Akufo-Addo in Serbia when the President attended the 60th anniversary of the Non-Aligned Movement (NAM) in her concurrent capacity to Serbia and was said to be in good health.

Ambassador Koranteng was appointed by President Akufo-Addo in 2019.

She assumed office on 11 June 2019, after presenting her letters of credence to President Sergio Mattarella, in the Italian capital, Rome. She was noted for improving the efficiency of the Mission through the introduction of an effective online and passport printing system.

In one year she had installed and operationalized the Embassy’s Biometric Passport Printing System.

Ambassador Eudora Quartey-Koranteng succeeded Paulina Patience Abayage, after she was recalled by President Akufo-Addo to serve as the Upper East Region Minister.

Bear with us on the border closure – Oppong Nkrumah