The Kumasi Council of Christian Churches has affirmed its commitment and support of Christians in the Ashanti region to the National Cathedral project for its spiritual and economic objectives to the nation.

The Council noted that, the Cathedral with a Bible Museum and Biblical Garden will be one of the symbols of the presence of God in Ghana while shifting the Centre of Christianity from the Global North to South as Africa currently has more Christians than any other continent.

The commitment was made at a news conference held at Kwadaso in the Ashanti region.

The News Conference was attended by many Christian leaders from Orthodox, Pentecostal, Charismatic and Independent churches including Founders and General Overseers.

It is the first time the Christian community in the Ashanti region is responding to the raging issues surrounding the ownership, sources of funding and propriety of the government prioritizing the project at a time Ghana is facing economic difficulties.

The immediate past Bishop of the Kumasi Diocese of the Anglican Church, Right Reverend Daniel Yinkah Sarfo, who read the address of the Kumasi Council of Christian Churches, noted that, President Akufo-Addo, upon his election as the President, promised to lead the nation to build a National Cathedral to express Ghana’s thankfulness to God for his goodness toward the nation.

He emphasized that Leadership of the Council is satisfied with assurances by the Chairman of the Board of Directors of the National Cathedral that there is nothing fishy about the project.

Stressing on the religious and economic importance of the project upon completion, Right Rev. Yinkah Sarfo said the initiative is taking place at a time the Centre of Christianity is believed to be moving from the Global North to South with Africa taking a centre stage with a Christian population of about 650 million. 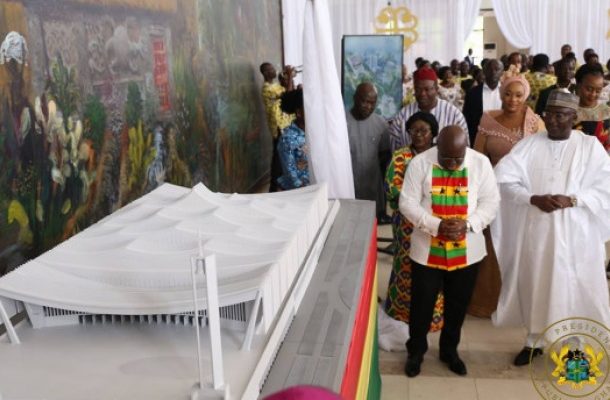 The National Cathedral with its Bible Museum and Biblical Gardens will therefore become a blessing not only to Christians in Ghana but also to the rest of the world.

Right Rev. Yinkah Sarfo expressed the commitment of the Council to the completion of the National Cathedral while rallying the Christian community to own the project and support its construction.

A/R: My presence in Ejura would have made matters worse – Ejura MCE