A team of Scientists indigenous and overseas has recommended that the government urgently considers a study into the quality of sources of drinking water, particularly boreholes and wells, in the Late Bosomtwe catchment communities to ascertain their wholesomeness for consumption and bathing.

This follows the revelation that the lake is heavily polluted with intolerable levels of arsenic content.

The latest and the most comprehensive research by Scientists has established that Lake Bosomtwe has arsenic level of 120 micrograms per litre far above the W.H.O’s recommended 10 micrograms per litre thereby rendering the water resource unsafe for both consumption and bathing.
This is contained in the draft report of the Research Team following its RELAB project. 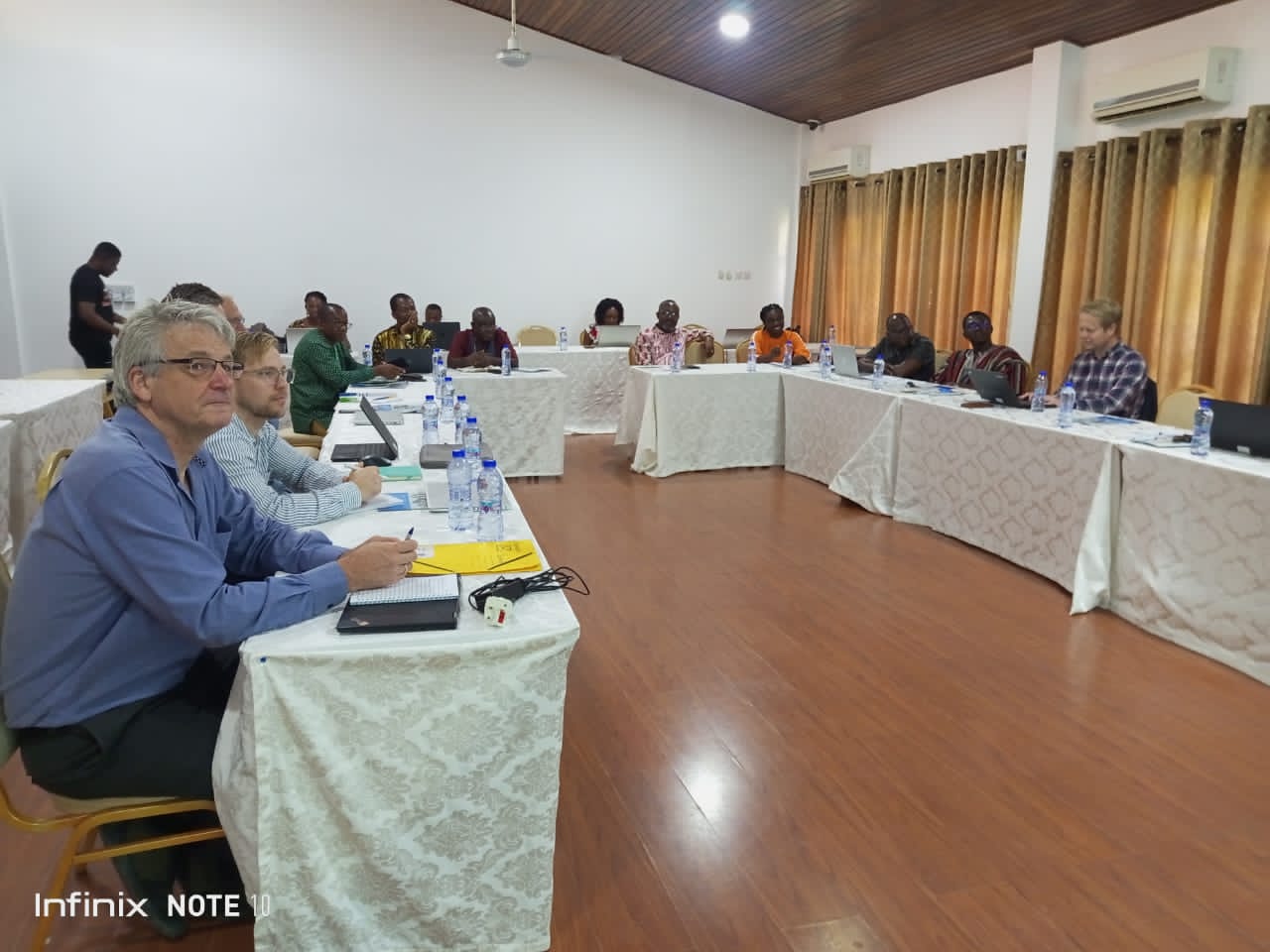 Lake Bosomtwe is Ghana’s biggest natural lake located within both the Bosomtwe and Bosome Freho administrative districts in the Ashanti region and encircled by about 24 rural communities.
These Communities have depended on this UNESCO reserve biosphere for more than 400 years as their main source of livelihood through mainly fishing and, to an extent, tourism.

The lake, which used to receive inflows from about 12 different streams, has been receding at a faster rate with a substantial depletion of aquatic life in recent times.

The team of local and international scientists, therefore, decided to conduct a full-scale study into such worrying development.

The Project Coordinator, Dr. Peter Sanful, who doubles as a Senior Lecturer at the University of Energy and Renewable Natural Resources, explained other major interests behind the study. “Lake Bosomtwe is the only natural lake in Ghana and it is a national asset. It is also a heritage of the Ashanti people and scientifically, it has been acclaimed as having climatic importance. And so on that basis, we thought that using Bosomtwe as a model system to study climate change will help generate timely climate data”, Dr. Sanful explained.

The team, made up of Senior Lecturers and PhD students from the University of Energy and Renewable Natural Resources, UENR in Sunyani and the University of Ghana with their partners from Germany and Denmark, has conducted the first ever most comprehensive study on the Lake for mainly two years starting in 2018 with additional three years for stakeholder engagement and dissemination of the outcome among other activities.

It covered areas such as the impact of climate change, fisheries and land use around the Lake. 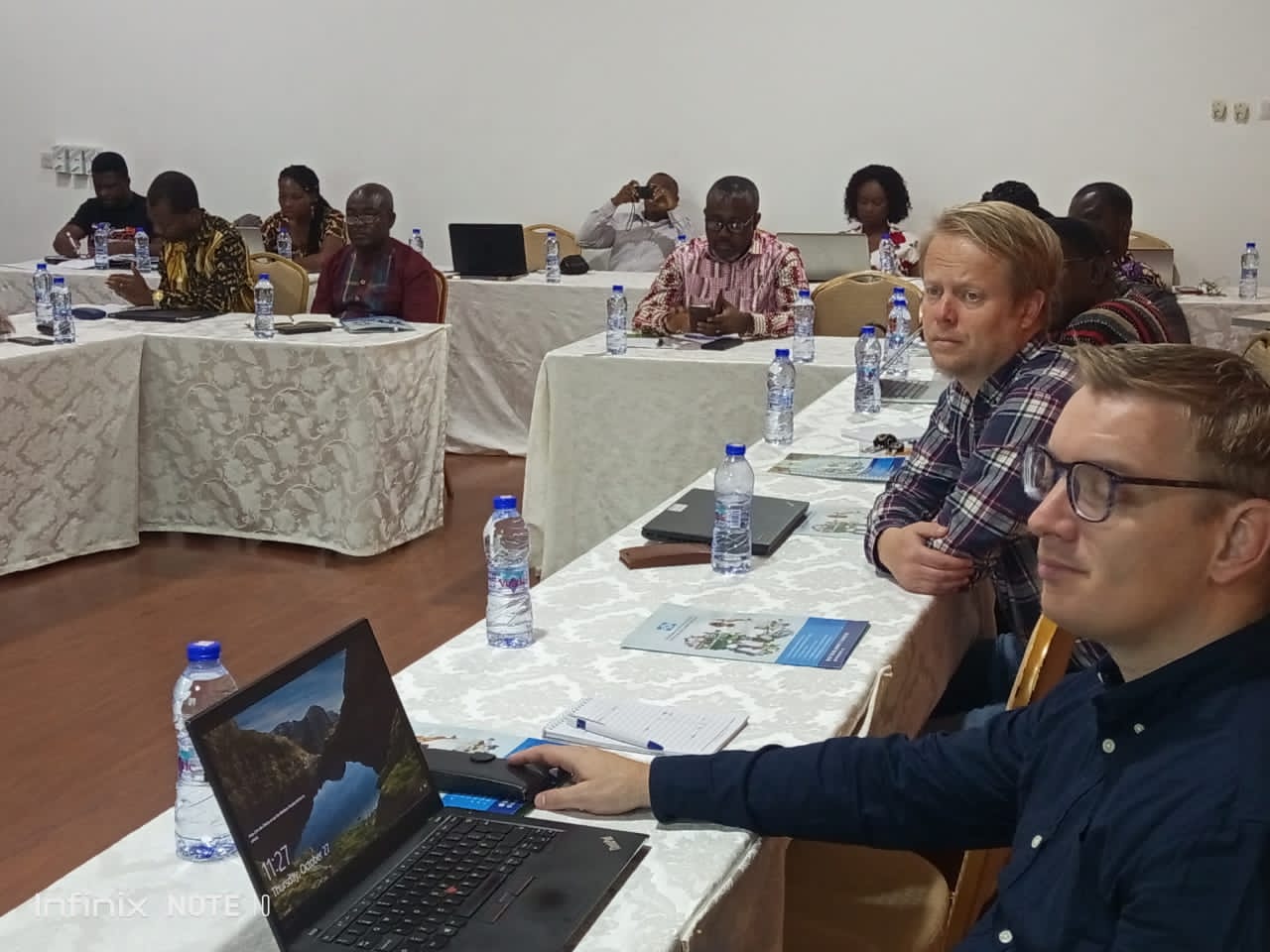 At one of the interactions with identifiable and major stakeholders at Gyinyase near Kumasi, officials from the Water Resources Commission, the two District Assemblies, Ghana Tourism Authority, Fisheries Commission, Ministry of Food and Agriculture, Arocha-Ghana and the CREMA, local voluntary management body protecting the resource participated.
Also present were the foreign partners of the research, which is being funded by DANIDA.
There were presentations of findings of thematic areas of the study and the input of the participants about which actions could be taken to address the challenges sought.

In his presentation about the impact of climate change on the Lake, a Professor of at the Aarhus University of Denmark, Professor Dennis Trolle, disclosed that using five different acceptable models, it has been established that within the past forty years, climate change has led to atmospheric pressure and the lake war by a significant proportion of zero point-three degrees Celsius thereby altering the regular seasonal behaviour of the lake including the mixing which assures the aquatic life of adequate nutrients and oxygen for survival. 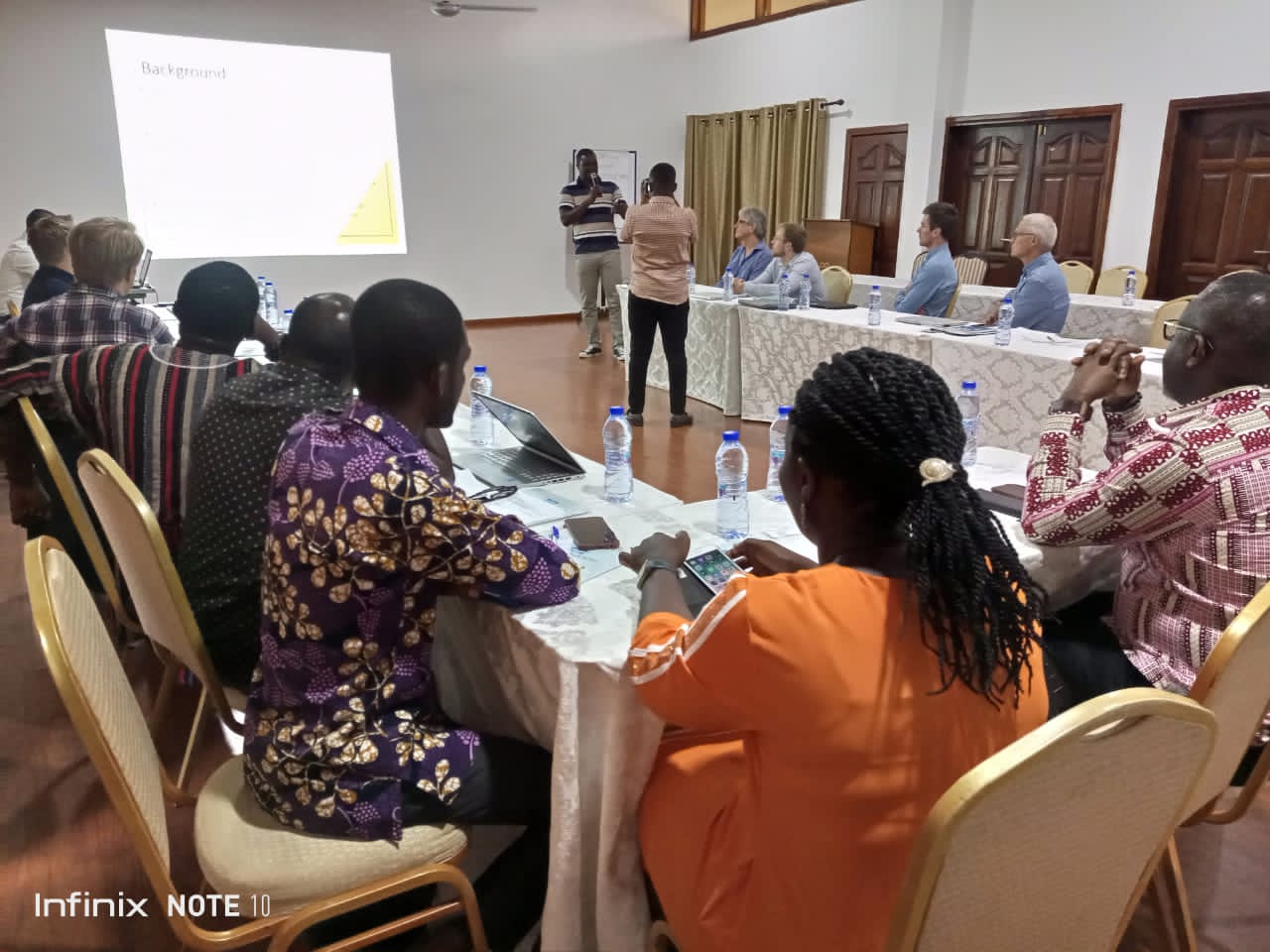 This, he noted, requires some drastic mitigation measures to protect the lake and the livelihood it has been providing the people.
Prof. Trolle disclosed that, “climate change has had a significant impact on the lake resulting in increased atmospheric warming and the lake has warmed by about 0.2 °C in the last 40 years and the water column, that is the lake itself, has also warmed by 0.3°C degrees Celsius. That has changed the ecological behaviour of the lake.”

The study has as well established the appreciable level of ammonia present in the lake leading to the mass death of fishes in it.

Dr. Bertram Boehrer of the Helmholtz Centre for Environmental Research in Germany, disclosed also that the study has confirmed that Lake Bosomtwe has a highly intolerable level of arsenic contamination of 120 micrograms per litre compared with the World Health Organization’s approved 10 micrograms per litre thereby rendering water from the resource very unsafe for either drinking or bathing.
“Especially drinking should not be permitted. Nobody should drink water from Lake Bosomtwe because it’s a health concern”, he warned.

Dr. Boehrer suggested a further scientific investigation into the various groundwater including boreholes and wells being used by the catchment communities of the lake to ascertain their wholesomeness for the inhabitants.

The Principal Basin Officer of the Water Resources Commission, Madam Abena Dufie Wiredu-Brempong, describing the research findings as insightful, assured that serious efforts are being made to protect the lake for current generation and posterity.

Another stakeholders’ Meeting is to be held to further decide on what should be done by each of the stakeholders in protecting the Lake.

Already the number of fish species in the Lake has reduced from 11 in the 1970s to five currently with the International Union of Conservation of Nature, IUCN, classifying two of them as ‘near threatened species’.
Similarly, the substantial depletion of the fish stock in the Lake has resulted in the number of people who depended on the lake for their household incomes and protein needs has sharply reduced from 80 per cent to around 27 presently, a situation necessitating an urgent action plan to save the Lake Bosomtwe as a heritage.

Ban on hunting in forests lifted