President Nana Addo Dunkwa Akufo-Addo has rounded up his two-day working visit to the Western North Region and assured residents of more infrastructural development.
He inspected some ongoing infrastructural projects in the Region including; the construction of a 38-km Benchema- Adjoafua road under construction.
He also commissioned a number of completed projects including; a newly built Cathedral of the Anglican Diocese in Sefwi Wiawso, a three-story administration block for Western North Regional Coordinating Council, Rice Processing Factory at Bokaso in Sefwi Akontombra District, an ultra-modern Magistrate Court at Sefwi-Debiso and a newly built National Health Insurance Authority (NHIA) office at Bibiani. 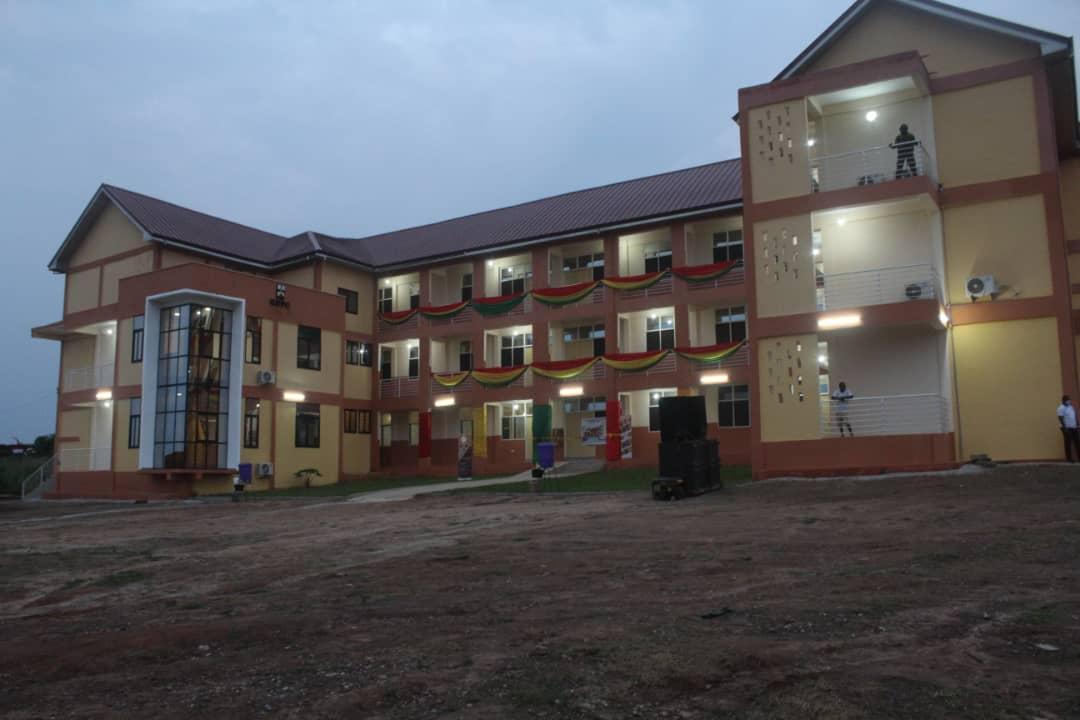 President Akufo-Addo called on the three Paramount Chiefs in Bibiani-Anhwiaso-Bekwai Municipality and commended the people for the confidence reposed in him by voting to maintain him and the NPP in government.
At Anwhiso, Ogyeahohoo Yaw Gyebi ll, Paramount Chief of Sefwi of Anwhiaso Traditional Area and the President of the National House of Chiefs praised the President for his tremendous performance and introduction of prudent policies and programmes which were geared towards the well-being of Ghanaians.
He cited the creation of the new Regions, Planting for Food and Jobs Programme, One District, One Factory, Free Senior High School among others as the achievements of the government in its first term.
Ogyeahohoo Gyebi on behalf of the people of the Western and Western North Regions expressed gratitude to the President for appointing some personalities from the Regions to serve in his government.
He mentioned for instance, Dr Kwaku Afriyie, Minister for Environment, Science, Technology and Innovation, Lawyer Kwadwo Kum, Minister for Chieftaincy, Western North Regional Minister, Mr Richard Ebbah Obeng, Deputy Minister for Lands and Natural Resources, Mr George Mireku Duker among others and urged them to work hard to justify the trust and confidence reposed in them to pave for others. 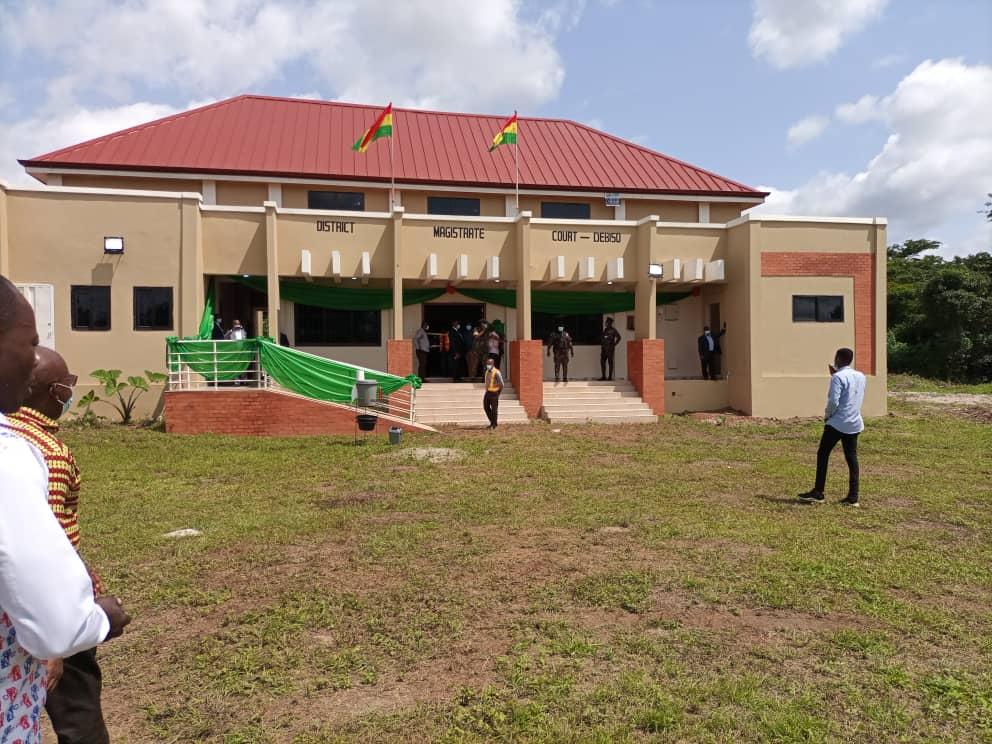 Ogyeahohoo Gyebi asked the President through the Ministry of Agriculture to give financial assistance to poultry farmers in the area whose farms were recently affected by bird flu.
Dr Owusu Afriyie Akoto, Minister of food and Agriculture in a response to the Paramount Chief’s request stated that his Ministry had sent a proposal to be considered to set up funds to support farmers affected by bird flu.
Mr Kwasi Amoako Atta, Minister for Roads said his Ministry was undertaking 50 Road projects in the Region and additional 10 would be added in the coming days after going through procurement.
The President was accompanied by Mr. William Benjamin Assuah, Western North Regional chairman of the NPP, Dr Kwaku Afriyie, Minister of Environmental Science Technology and innovations, Mr. Michael Okyere Barfi, Deputy Minister of Trade and Industry among others.