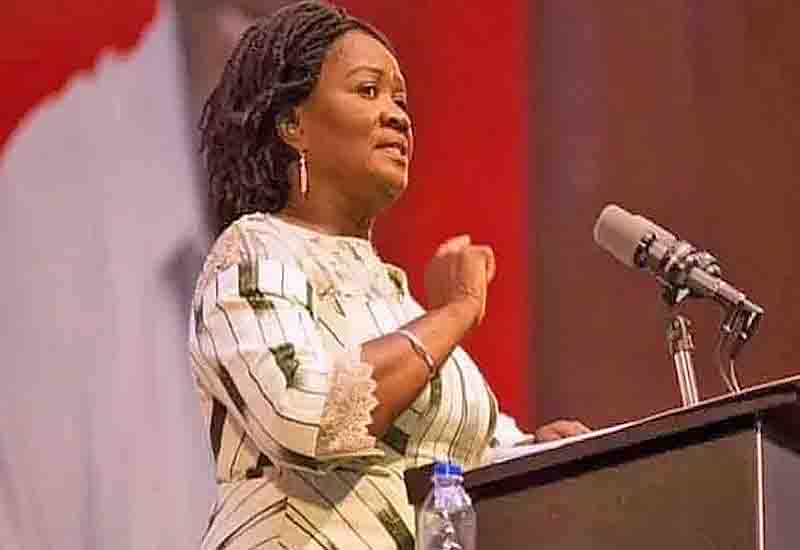 She indicated that what they did was to rather introduce the loan scheme to which students who were being admitted freshly into the various Teacher and Nurses Training Schools will have access.

Nana Jane Opoku Agyemang said all continuing students who were on the allowance scheme were being paid their monies and therefore came as a shock that they were lured into granting interviews to lie about their allowances.

“I need to emphasize that we never scraped the allowance, we never took anybody’s money from them. All those who were receiving the allowance received them till they ended. So the people who came on air, radio stations saying because of my allowance I cannot pay my fees they were lying and I was saddened by that, that young people could do that because nobody took their money from them. We gave them the loan that was about twice what they were getting as allowance because we felt they needed more.”

What Mahama said on scraping allowances

“We have upgraded the colleges of education into tertiary status and the fact is you can’t eat your cake and still have it; if you eat it, it is gone. And so you want to be colleges of education to award degrees like the others but at the same time we should discriminate against them and continue to pay you allowance while they take students loan. And so even on the basis of equity, it was important for us to replace the allowance with the loan so we can create equity.

“By withdrawing the allowances we have increased by 63 percent the number of young people who want to train as teachers. And infrastructure has also been expanded. This is often confused with the issue of nursing allowance. The nursing trainees were going to put on the student loan scheme but we realised that the students’ loan act does not allow for their institutions to benefit from the loan and so we are amending the act, as soon as that is done, they will also be put on it,” the President explained.

The President of Ghana Nana Addo Dankwa Akufo-Addo after taking over power in 2017 restored the allowances for Teacher and Nursing Trainees.

The President is on record to have said that there is the need to build content and satisfied teachers who can pass on knowledge to the next generation.

“Central to the prospects of this policy is the teacher. A well trained, confident and content teacher is essential in the delivery of quality education.

“If we are to succeed as a nation and if we accept that education is central to national development, then it is clear that quality teacher training is vital to our nation’s development,” he said.

NAGRAT to strike over their 20% cost of living allowance