One of the conveners, Oliver Barker-Vormawor in an interview on Joy Newsfileprogramme alleged that “when we left the meeting, we had credibly established that one of our representatives, the only person who was using an Android phone, his phone was cloned. And that all the messages and conversations we were having on our platform, he could no longer assess. So what we did was we flashed his phone immediately.

We discovered just this morning, that calls from his phone were being diverted to another phone. When we searched for it online through True Caller, it’s called ‘Monitoring’ on Vodafone”

However, Information Minister in a statement said it is a normal practice for the “phones of all visitors” to be “kept at the reception of the Ministry of National Security. The Ministry has no basis to and did not tamper with the phones of the conveners”

Read the full statement below 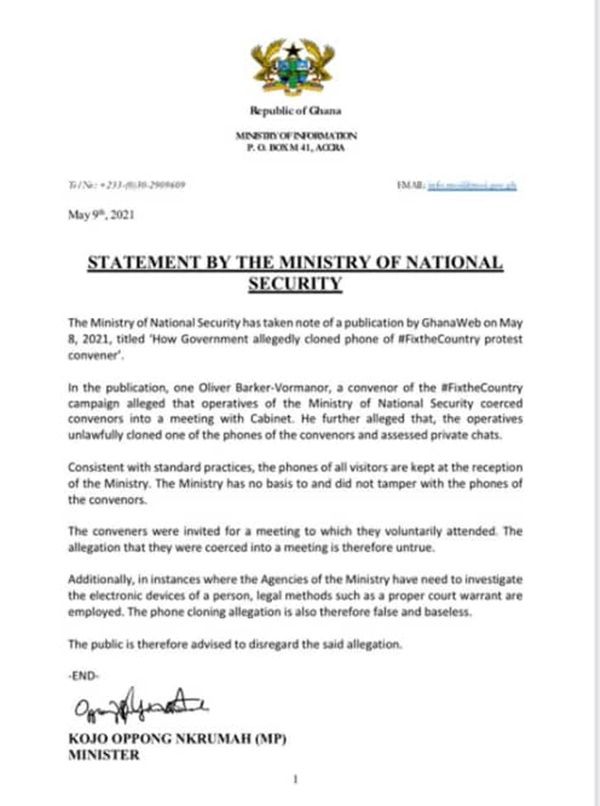