Call it inter-political marriage and you will not be far from right. Families are bound together by blood, adoption or marriage.

Usually, public exchanges on politics often get very heated and followers of the political parties seem not to see eye to eye but behind the public sphere, after the radio and TV arguments, politicians in and of themselves are good friends who wine and dine together.

Over the weekend, two young love birds whose families are ‘politically opposed’ tied the knot in a private ceremony in Accra.

The ceremony was attended by members of both families. In some photos shared on social media, the families appeared excited about the young couple.

Mother of the groom, Gina Blay, who is also Ghana’s Ambassador to the Federal Republic of Germany, in a tweet, shared photos of the two families with smiles and wrote “and they shall become One! Kwaw & Jasmine Blay.”

This is not the first there has been an inter-political marriage in the country. In April 2021, Chief Biney, Deputy National Organiser of the National Democratic Congress, NDC, married his sweetheart, Afia Akoto the Deputy Chief Executive Officer of the MASLOC.

Biney is quoted to have stated that he is in a political position to serve for a number of years and then leave for others to come and take over but he is in his marriage forever and therefore will always go home to his wife.

“OB anyday I will go home. Now if you become a President don’t you have a period you serve? You should think, people should be wise and let’s understand that at the end of the day, the power we look for is to serve and when you serve your people within a period you’ll not be there,” he said on Accra-based Asempa FM. 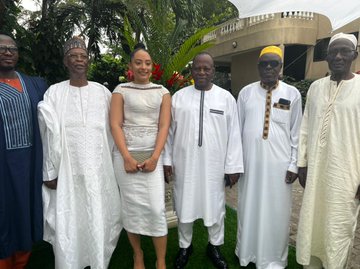 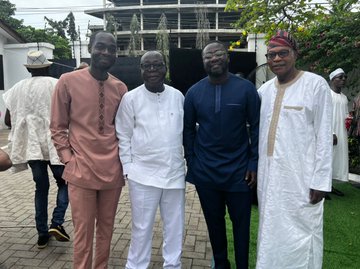 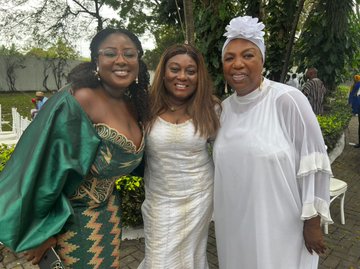 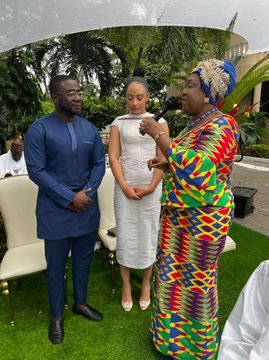 Shameful Wontumi must cool down; NPP not his property – Kennedy Agyapong