It is said, you do not need to show the indigene the way to his house. Unquestionably, State Housing Corporation and Tema Development Corporation were and are institutions established purposely with a mandate to deliver housing services to the Ghanaian worker and by extension to the country. This service provision saw implementation under the first Republic with a radiant hope for the citizenry, that gradually their housing needs will become a thing of the past.

The truth is that this is a huge task and governments over the years have done their bit in this direction and today we are all witnesses to the question of housing delivery to the people. Workers are crying to own a place they can call their own. Over the years several housing projects, so called affordable dwellings, which occupants can own at the end of the day, have been experimented to no avail. There was also the policy of allowing occupants to purchase their allocated premises under various schemes, but one wonders what has become of such laudable and nerve relaxing arrangements.  The demand for housing is now a daunting and ever-increasing need statistics with no end in sight. Workers as the largest movers of the economy, in an ideal situation, ought to have been placed under social schemes that take care of their social welfare needs without any challenges.

This was the reason such special purpose institutions like the State Housing and Tema Development Corporations were established to provide this critical social needs of the people. It should have been a replication of these institutions across the country to deliver critical and affordable housing facilities for the people. It is always worth falling on history for a guide to shine the light of vision on to the future. There was this evaluation work of a consultant, called Ohene Sarfo on the viability of a state housing policy and interventions initiated between in the sixties. The review concluded that housing provision by the state as projected under the National Development Plan of 1960 to 1965 sought to provide housing for workers through mass construction.

The Report however warned that, government’s inability or failure to provide housing for workers would create a city for the haves and have not. Today, we are all witnesses to the trajectory that   public housing delivery has taken over the decades. The missing link here has been the failure of successive governments to embrace laudable ideals and policies of their predecessors. All these, to the detriment of the people.

The demand for houses by workers is a never ending albatross in our part of the world. Mortgage schemes have also not helped Workers with their housing palava. Mortgages are designed to offer flexible long term payment schemes for property so that the purchaser will not feel the pangs of financial deductions. But is that the picture today? The truism is that, all support the ideals for workers to own houses. The challenge rather has to do with the capacity of agencies to deliver and the galloping cost of building in this country. If the cost of building materials cannot be tamed by the state by any means, then housing delivery will continue to be a pipedream. The economic distress of the 70’s led to sporadic and irregular housing development emerging in areas like Kaneshie, unplanned Kwashieman, Old Fadama and Abeka. We saw a disjointed growth and an urban sprawl following no development plan. There was a rent control policy in 1979, to sanitise an exploding market of renting of housing. 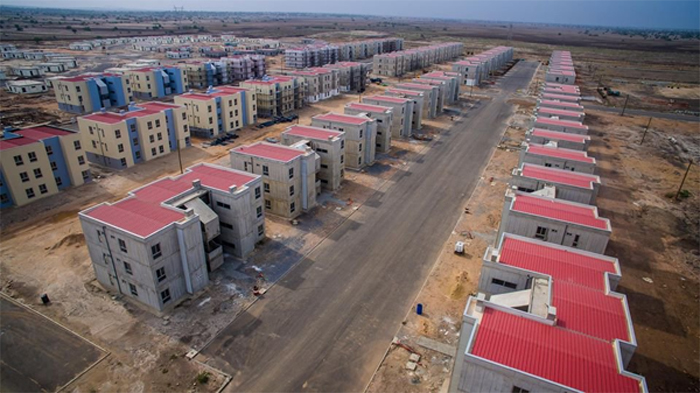 The Financial crisis peaked in 1983 and came under the Structural Adjustment Programme. The programme loosened the market to import building materials and to lessen rent controls. Clearly, the lack of stable affordable housing for workers is the foundation of many social problems, such as poverty, homelessness and missing educational opportunities, over population, economic hardship and interest rate on loans, employment opportunities and income level. Deepening the woes are the capacity of the construction industry, government regulations and policies, property taxes and fees, all remain the same today. Where do we go from here? A way out is to support workers to own their own houses, in spite of the likely challenges. However, there are other issues that need to be considered in order to make the whole enterprise work better. The housing policy in Ghana has been fragmented and not comprehensive as stated by the National Development Planning Commission report as far back as 2005.

The Ministry of Works and Housing in 2015 also strongly proposed an affordable housing policy to mitigate the plight of workers. Recently, the government and two other bodies on October 13, 2021, launched a housing scheme in Accra, to help civil servants’ own houses. Admittedly, workers’ housing needs are reflective of the deficit as a critical development challenge. The government must sit up and not fold its hands in despair. Shelter over the heads of every citizen is a must deliver that the state must deliver. The 2020 Population and Housing census indicated that Ghana is facing acute housing with a deficit of over 1.5 million units.

Can any government accomplish this insurmountable gap?

Maslow, a Psychologist, identified shelter as one of the basic needs that impacts on happiness, lifestyle, self-esteem and productivity.  Can the various Workers unions take up the challenge of affordable housing provision to their members. As Public institutions they should have the capacity to lead the fight for workers to own and possibly purchase their allocated dwellings after several years of occupation.  At the end of the day, a worker must retire into a shelter and not onto the streets.

Invest In Africa and Ghana Enterprises Agency sign MoU to support up to 1,000 MSMEs