Aspirants for the Ghana Journalists Association’s (GJA) National Executives’ positions have balloted for their places on the ballot paper to be used for the election slated for 24 June 2022.

Ms Mary Mensah selected the first spot for the ballot paper and Mr Dominic Hlordzi picked the second box for the office of the Organizing Secretary.

Dr. Serebour Quaicoe, Technical Advisor to the Elections Committee, GJA, said ballot papers for the elections would be ready by Wednesday June 22, 2022.

Five polling stations have been designated for the elections in Accra and a station each in all the other regions, he said, adding that all ballots would then be transported to Accra for collation and declaration. 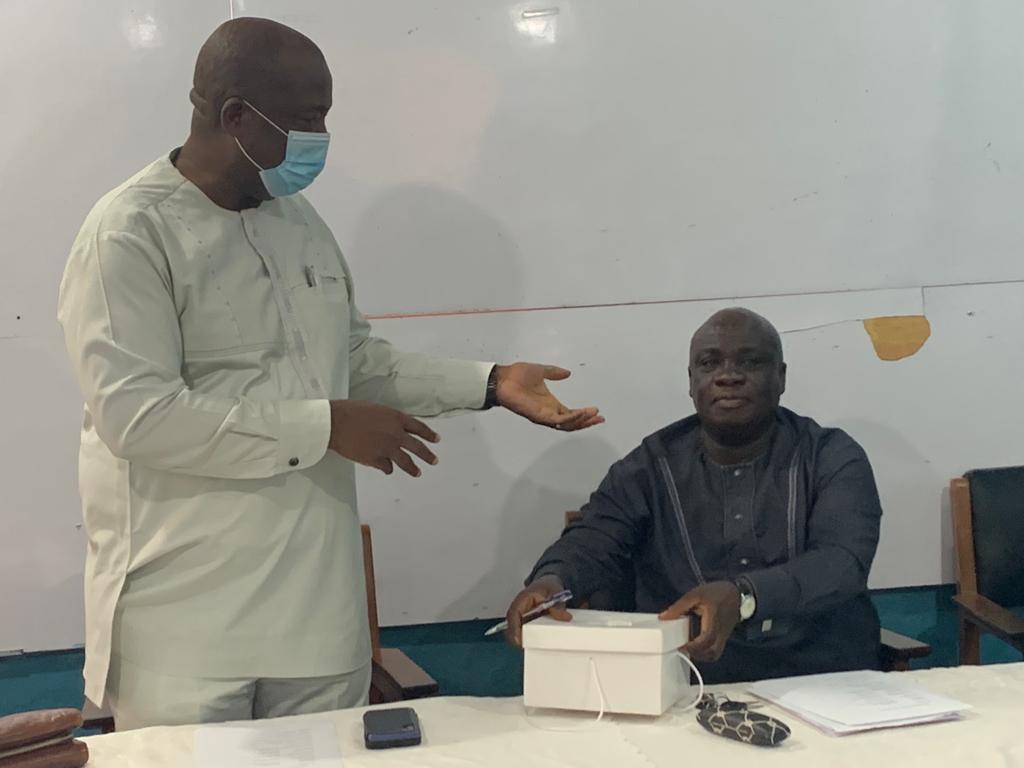 In an interview with some of the aspirants, Mr. Dwomfuor expressed how relieved he was with the development in the organisation of the elections.

“Picking three in the balloting means the Holy Trinity of God and an Angel number three. That symbolizes hope and optimism and my journey to victory.”

“Angel number three means a personal guardian angel exists for each and every one of us. They are there to keep the person safe for the rest of their days.And aside being number three, ‘esan yeasie ho” and in our politics, we know ‘asie ho’ means something and it’s very easy for people to identify,”he added.

Madam Ekpe said choosing ‘one’ meant she was going to be first in the competition.

The Electoral Commission (EC), she said, had been phenomenal with the preparation and organisation of the GJA elections especially during “these trying times.”

“So it is clear that the election is slated for Friday with the help of the EC.I mean there have been problems everywhere, but the understanding that they gave us means you cannot solve every problem before you get going to do whatever you have to do,” she noted.