Work on the 2.4 million dollar multi-purpose Youth Sports Centre project at Ho, in the Volta Regional has been halted.
Construction of the facility which begun in March 2018, has been abandoned with the site being used as a grazing ground for cattle. 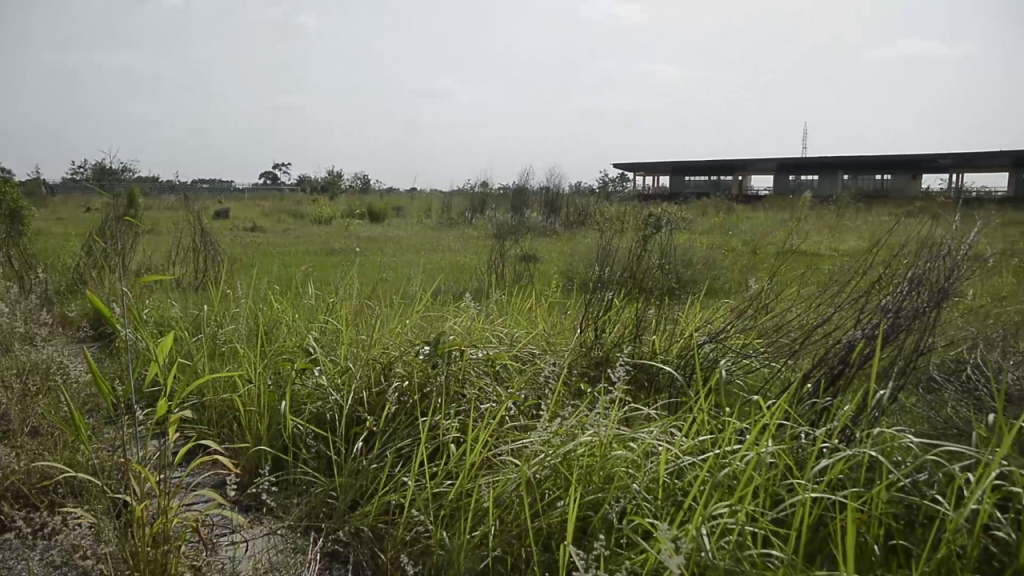 Construction of the multi-purpose Youth Sports Center project at Ho, the Volta Regional capital begun in March 2018, and was expected to be completed in February 2019.
Three years down the line from its expected completion period,  the facility had been totally abandoned.
The 2.4 million dollar facility was expected to provide a FIFA-standard football pitch, an eight-lane Athletics Track, a Tennis Court, a Basketball Court, a Handball Court, a Gymnasium, a Counselling centre, a Youth ICT Centre, an Entrepreneurship Centre and a Restaurant.
The ten thousand seater facility was meant to provide the youth with opportunities to develop their talents.
A visit to the site by GBC News revealed no workers on site. 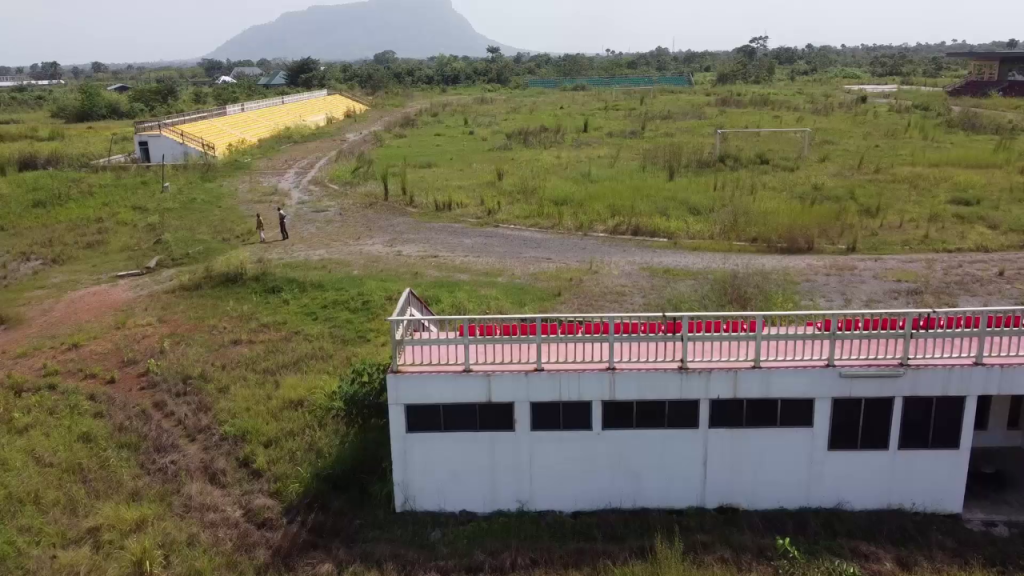 With overgrown weeds, the seats on the stands have been left at the mercy of the weather with portions of the metallic bars rusting off. Portions of the roofing panels at the VIP section of the facility have also been removed.
The news team also learnt that members of the public sometimes turn up to gather fire wood from the shrubs behind the uncompleted spectators’ stands and other structures.A security man at the facility Thomas Tsiogbor, told the news team that but for his vigilance some of the installations at the facility will have been stolen.
“The Contractor says they are not paying the money with him also. Some people come to lose small things before we get them then they ran away. So, we let our boss know. He sent one of his ‘pikin’ come so that we take the air conditioners the ones on the floor and we put all for room and we locked it” he added.
Mr. Tsiogbor was also not happy about the plight of the three security officers safeguarding the facility. 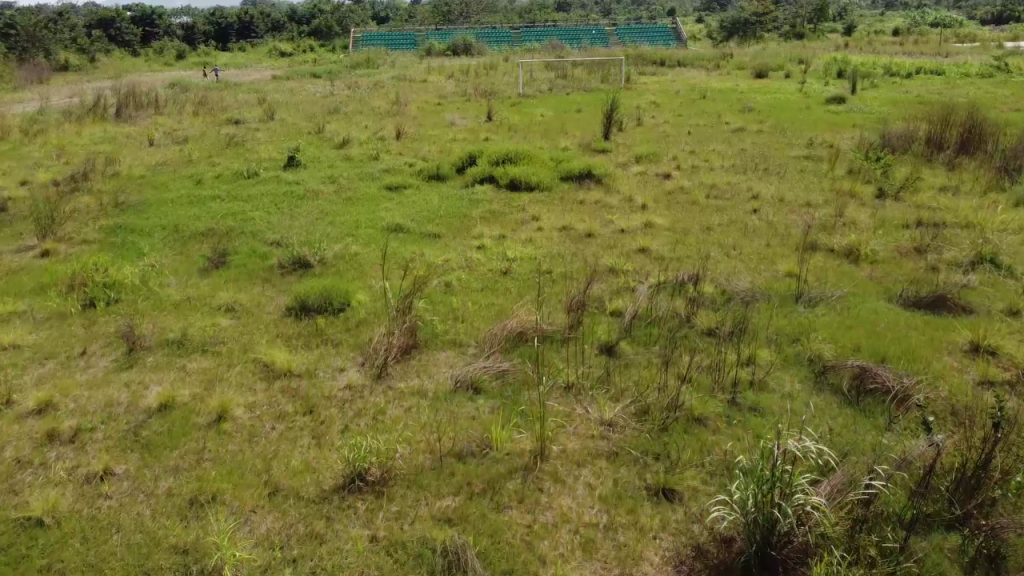 “We are paid the old money four million Cedis. At times, they will give us two million, at times they will give us 1.5 million and at times…they will give us only one million. We are suffering here. We are pleading with our boss and the government that they should try and give us something to live on”, according to the Contractor.
GBC
Facebook
Twitter