Ghanaians have given thumbs up to the Acting IGP, Dr. George Akufo Dampare for the use of horses in the work of the Police. Hitherto, personnel of the Mounted Squadron Unit were only seen at work during State functions as they heralded the motorcade of the President. 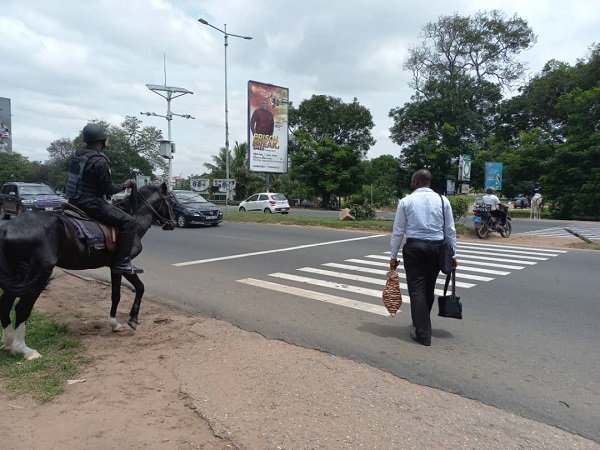 Upon assumption as Acting IGP, Dr. Dampare tasked personnel of the Unit to embark on horse patrols. 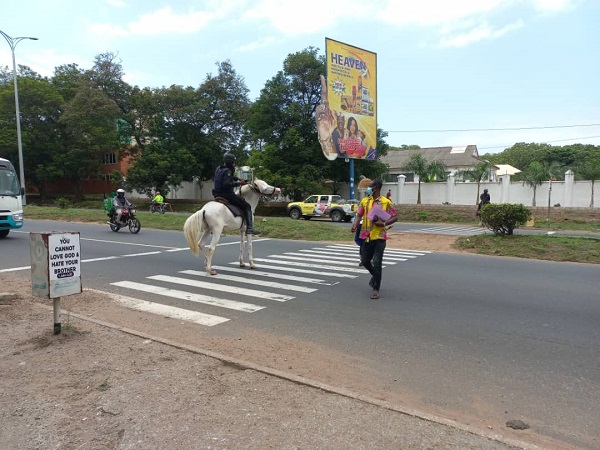 The use of horses for policing dates as far back as the 18th century in France. Poor roads and extensive rural areas made horse-mounted police a necessity in European states until the early 20th century. 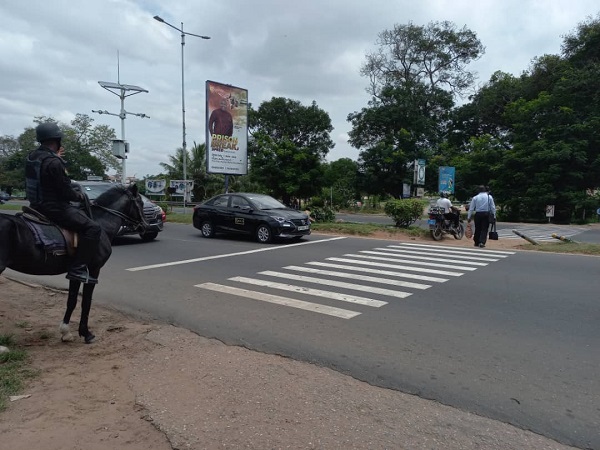 The establishment of organised law-enforcement bodies throughout Africa, Asia and the Americas during the colonial and post-colonial eras made the concept of predominantly horse-police an accepted practice almost worldwide.

In Ghana, the use of horse-policing rests in the bosom of the Squadron Unit of the Police Service. A major rationale for the deployment of the Squadron Unit is to build police-public trust and confidence within the communities as the troopers are among the first port of call when it comes to security. 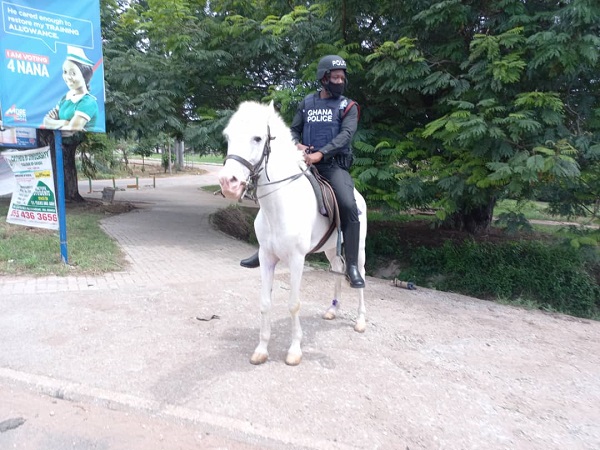 After observing one of such troops assisting the public to cross the road, I spoke with him on condition of anonymity. He told me that the work of the mounted squadron is no new thing but due to some reasons it was stopped for a while but when the current IGP came into office, he brought in new horses so their work was revamped again.

“Our duty is for visibility and education purposes. People are happy seeing us at work and are very appreciative of our work. For instance, crossing the road is not easy, so we have been stationed at this Zebra crossing and people cross the road,” the man in uniform said.

“We also go to the communities. During working hours, we are in the counties to check crime. As people go to work, we ensure their property and children are safe,” he added.

Direct beneficiaries of this initiative had this to say.

“The first was an immaculately dressed gentleman who had just been aided to cross the street,” he said.

“The rate of accidents was very bad but this time with the presence of the Police Officers, I believe it has come down. When you are crossing the road, you realize that, when you are on the side of the house, you don’t see the oncoming vehicle so you have to wait for the officer to stop the vehicle before crossing.”

A lady who had seen the horsemen parading her community said even though she thought it was a good initiative, looking at the environment we found ourselves, one would ask whether we would be able to run this system for a long time, because we don’t want a situation whereby, we get used to it and one day we wake up and such a good initiative has been stopped. Like all other initiatives, some members of the public have dissenting views on the use of the horses for police duties.

A Former National Service Personnel told me that horse riding policing are things that if it was the 18th and 19th Century, it would be ok but now countries are using technology to beef up their security.

“We should, as a developing nation, be exploring such ways. We should invest in technology for improved security. I don’t think this is an effective way of policing in the 21st Century,” he added.

The expectation is that the successful roll out of the mounted Squadron Unit for community visibility would be replicated across Ghana.