A Kumasi High Court has granted an order to FREDCO FD Company Limited, a sub-contractor of the Kumasi Metropolitan Assembly (KMA), to sell the Assembly’s Administration building to defray a judgement debt of almost GH¢5 million. 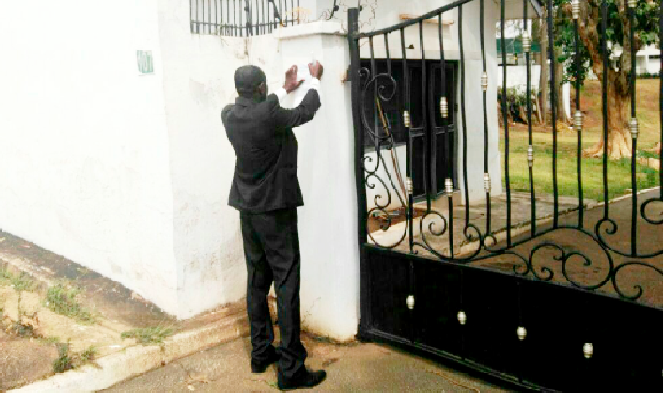 In 2016, FREDCO FD obtained a similar order and attached three vehicles of the KMA and promised to go for more immovable properties of the Assembly if the amount from sale of the vehicles was not enough to defray the debt.

The Judgement creditor (FREDCO FD) in 2017, secured a similar order to get three other buildings including the Kumasi mayor’s residence at Plot no. 9 Old Peters Avenue at Nhyiaeso.

Ashantibiz visit to the KMA premises saw copies of the court order pasted at vantage points of the Assembly’s building located at Adum.

Members of the Assembly earlier last month threatened to resist attempts to confirm any nominee as Chief Executive until the central government pays off the Assembly’s outstanding debts.

In a span of 4 years, the KMA owes its contractors and business allies over GH¢50 million, a situation that forced the Assembly to send SOS to the central government for bailouts.

According to the 2020 Auditor General’s report, KMA used the District Assembly Common Fund (DACF) committed sum of GH¢670,720.78 to pay judgment debt to some four contractors. 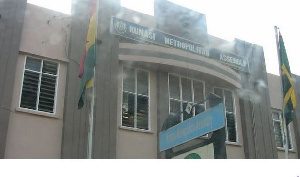 The Auditor General recommended the Assembly to refund the penalty paid from the Assembly’s Internal Generated Funds (IGF) into the DACF.

Meanwhile, President’s nominee for KMA, Samuel Payne is on record to have said, “even if I go through the confirmation, the financial distress of the Assembly will impede the smooth running of KMA, but we are confident that all these issues will be sorted out because we are assiduously in talks with central government to settle the debt”.