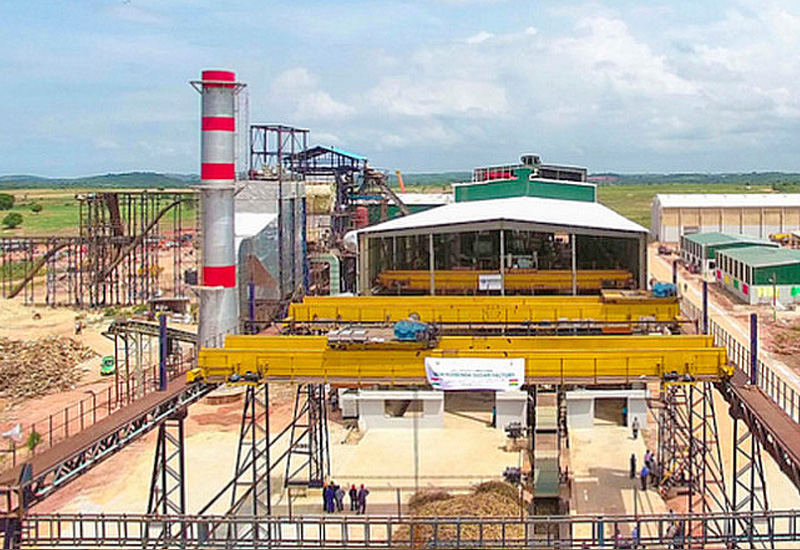 The President of the Republic, Nana Addo Dankwa Akufo-Addo, says the decision taken by his predecessor, John Dramani Mahama, to build the Komenda Sugar factory, without first establishing a sugarcane plantation, betrays every principle of construction.

According to President Akufo-Addo, “You would think that every industrial activity would begin with, first of all, what you want to do, what you want to produce. Once you identify that, then clearly, your next step has to be what are the inputs, what are the things that you need to be able to feed into your factory, to get to your outputs and you are therefore to be satisfied when you start producing your production, those inputs are there.”

But this, he said, is not John Mahama’s way of doing things, as “he will rather build the roof, once the roof has been built then he will come down and then build the foundation. You know that a house built on that principle will collapse, just as Komenda collapsed.”

The President made this known on Monday, 18 th October 2021, during an interview on Eagle FM, at the commencement of his 2-day working visit to the Central Region, in response to comments made by the former President last Friday.

It will be recalled that during an interview on Cape FM, former President Mahama stated that “I’m not that foolish to set up a factory and have no plan for the provision of raw materials. I knew what the vision was. It was to get the raw materials first”, despite having not setup a single sugarcane plantation to serve as a raw material source for the factory.

Information from an October 2017 Technical Audit Team, made up of experts from the academia, industry, and independent sugarcane consultants, revealed that a test run was never completed before the Komenda Sugar Factory was commissioned in May 2016, due to the unavailability of sufficient sugarcane for the test run.

In addition, the factory, on commissioning, was not in a position to produce the required refined sulphurless white sugar due to the absence of 35 component parts/units, which were not fully installed before the test run including for melt clarification, vertical crystallizers, molasses weighing system, bagasse compressor and a dosing system. The Effluent Treatment Plant had also not been constructed at the time of the commissioning.

President Akufo-Addo also revealed that a preliminary assessment the value of the factory revealed that the factory had been over valued to the tune of some US$12 million. The Report of a Forensic Audit has been submitted to EOCO, which has since then written to Office of the Attorney General and Ministry of Justice to conduct further investigations for possible prosecution.

Towards the revival of the factory, the President revealed that a Strategic Investor, Park Agrotech Ghana Limited, had been selected as the preferred Strategic Investor for the Komenda Sugar Factory, and their recommendation was approved by Cabinet.

The President indicated that the services of the Technical Partner with expertise in the sugar industry has been engaged to manage the technical operations of the factory. In addition, traditional authorities in Komenda and the adjoining districts have been engaged to acquire large tracts of land for sugarcane plantation.

President Akufo-Addo was expectant that the Komenda Sugar Factory will commence commercial production in the first quarter of 2022.