The first palace is now a palace museum. Ashanti King Opoku Ware II built the new palace which is close to the old one and is used by the current Ashanti King Asantehene Osei Tutu II.

The palace is a kilometer from the Centre for National Culture, Kumasi. It was built in 1925 by the British. Upon the return from exile of the Asantehene Nana Prempeh I from the Seychelles Islands, the building was offered to him for use as his residence.
This was because prior to the Asantehene’s exile, his old palace had been burnt down in the Yaa Asentewa War.[3] The war was fought between the British and the Asantes because of the refusal of the Asantehene to offer the Golden stool to the then governor of the Gold Coast. Prempeh I only accepted the offer after he had paid for the cost of the building in full.
Two kings lived in the palace, namely Otumfuo Prempeh I and Otumfuo Sir Osei Agyeman Prempeh II, K.B.E., the 13th and 14th Kings of the Asante Nation. The old palace was converted into a museum in 1995 after the new palace was built. Opoku Ware II was the first king to live in the new palace, which he occupied until his death in 1999. The current Asantehene, Osei Tutu II, currently resides in the new palace.The palace courtyard hosts numerous important Asante traditional events. These include the Adae festival, which occurs every sixth Sunday when the Asantehene receives homage from his subjects and subservient chiefs.
“> 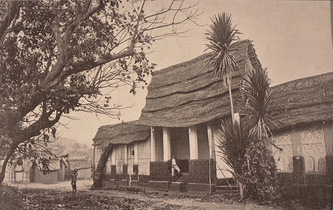 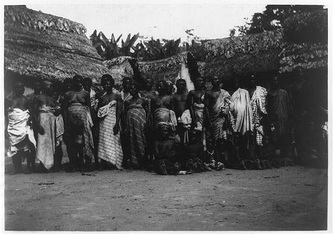 The first palace which was built by the British, was converted into a museum and official opened on 12 August 1995 by the then king, Otumfuo Opoku Ware II. The opening of the museum was part of activities that marked the Silver Jubilee of his accession to the Golden Stool. It was used as the office of the Kings. It served as Administrative headquarters of Asante Nation from 1925-1974 until Otumfuo Opoku Ware II moved from this office to the new residence at Manhyia. Several artefacts are displayed in the museum. They include furniture used by the Kings, the bronze head of Nana Sir Osei Agyeman Prempeh II, a sketch map of the Asanteman. There is also Asanteman’s first television at the museum as well as life size wax effigies of some of the kings and queens of Asanteman.

Info about His Royal Majesty Asantehene , his achievements for Asanteman and Ghana