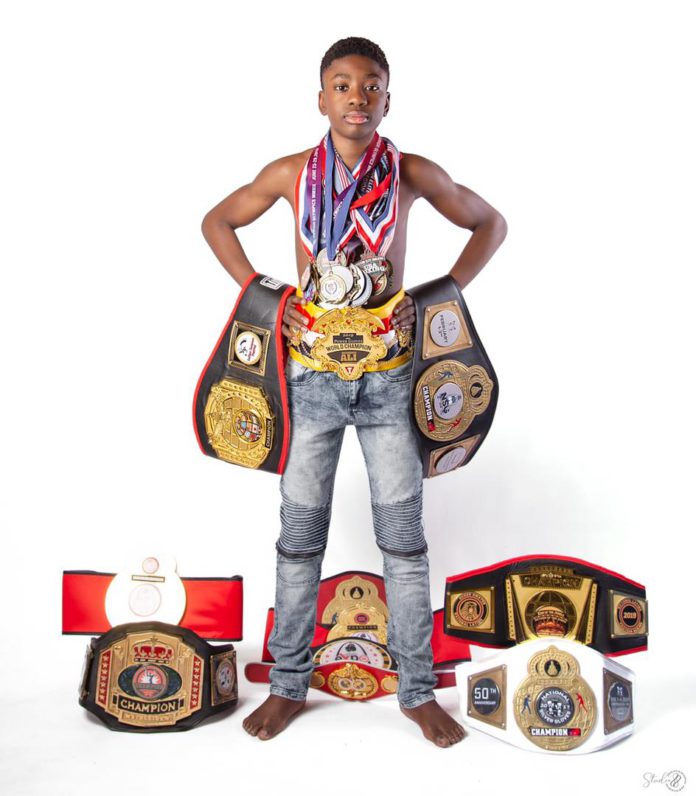 Awinongya Jnr, at his age, has 13 national titles to his credit.

He has been recognised and honoured by the International Boxing Federation with a congratulatory belt for his focus and determination in sports in the United States of America (USA).

The youngster, who hails from Bongo in the Upper East Region, won gold at the Junior Olympic National Championship in 2019 and is a five-time national champion.

In 2017 and 2018, he won the National Silver Gloves championship and took the USA Nationals and the National Olympic Tournament.

The super-star, who is popularly known as Jojo, is ranked number one in the US.

The most exciting young boxer is coached and trained by his dad, Mr Awinongya, who is a retired professional boxer.

He is known for his generosity to the needy in society and has received praises from some prominent people in Ghana.

Hearts of Oak 2-0 King Faisal: Couple caught on camera in a romantic mood