Eugene Arhin - Director of Communications at the Presidency

Government has responded to concerns by the Catholic Bishops Conference over the commitment of the President to protect the public purse. It said despite the Administration’s extreme tolerance of divergent views, and welcomes criticisms of its work, these criticisms should be well-founded and well-grounded in fact.

President Akufo-Addo took office in January 2017, and, again, in January 2021, and pledged to protect the public purse. This, according to the Director of Communications at the Presidency, Eugene Arhin, is exactly what the President had done, and continues to do. He said the transformation that had taken place in all aspects of national life point to an economy that has been well-managed and a Public Purse that is being well-protected, and the benefits are clear for all to see. 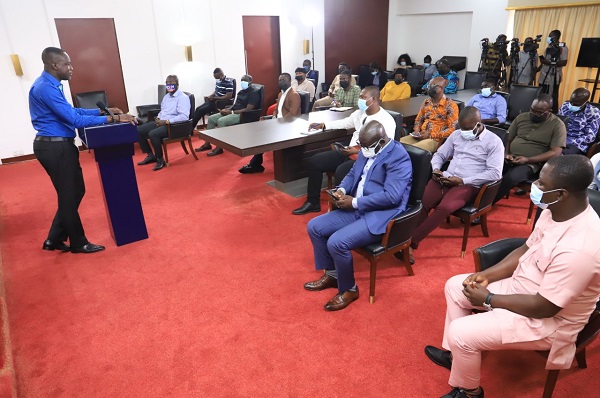 “Indeed, if President Akufo-Addo had superintended over the wanton dissipation of public funds, the Ghanaian people would not have reposed their confidence in him by returning a decisive margin of victory for him in the 2020 elections”, he posited.

He said policies such as the Free SHS, which now guarantees a minimum of Senior High School education for all Ghanaian children, and has already granted access to more than 400,000 more children, would not have been possible if the Public Purse was not being protected, according to Mr. Arhin.

”Planting for Food and Jobs, which has brought 1.5 million farmers into its orbit, who enjoy subsidized inputs of fertilisers, seeds, insecticides and other inputs, which has ensured that Ghana no longer imports food like tomatoes and plantain from neighbouring countries, but is rather a net exporter of food stuffs within the ECOWAS Community, would not have been possible if the public purse was not being protected,” he said.

Mr.Arhin noted that despite the prudent use of public resources, 104 factories, through the government’s 1D1F initiative, are operating, and are providing jobs for thousands of unemployed youths. Also, 150 more factories are under construction, and the remaining 24 are at the mobilisation stage, and would provide more jobs for residents of the districts, particularly our youth.

Mr. Arhin said if the protection of the public purse was a mirage, the Akufo-Addo government would not have found the means to employ hundreds of thousands of teachers and medical professionals, who, before the coming into office of this administration, were sitting at home twiddling their thumbs. 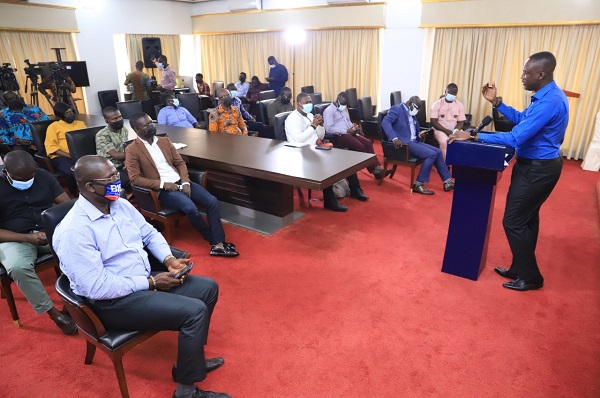 “NABCO, which has brought relief to some 100,000 graduates, would not have been feasible if the public purse was not being protected,” he added.

The effective roll-out of the National Identification Card has seen some 15.6 million Ghanaians issued with identification cards, up from the 700,000 issued under the 8-years of the Mahama government.

”This government has found the resources to undertake the largest construction of road infrastructure in Ghana’s history. Ghana, under President Akufo-Addo, has, recently, been adjudged as the best place to do business in West Africa”, he posited.

The Communications Director noted that people cannot forget the free food, free electricity and free water that were provided, en masse, by the government to the most vulnerable in society during the height of the COVID-19 pandemic.

He said the extensive measures taken by the government during the crisis, which were ongoing, went a long way to protect Ghanaians, a feat that was widely acknowledged across the world. 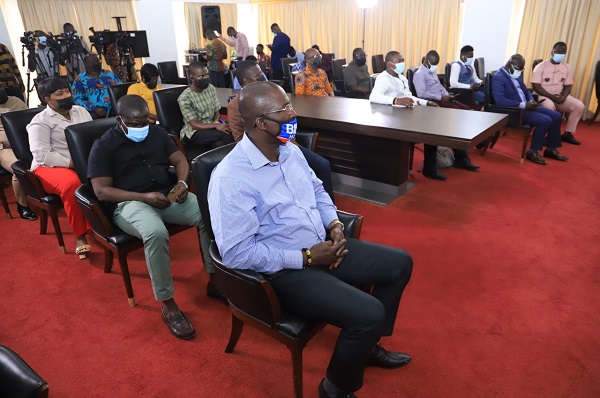 Indeed, there were many who felt safer here, in Ghana, than in many so-called advanced countries because of the way the government took control over the spread of the virus.

Mr Arhin stated that the government is currently engaged in paying up the energy legacy debts inherited, and cleared the GH¢1.2 billion NHIS debt inherited. Presently, payments to NHIS service providers are current”, he stated.

“All of these could, certainly, not have been achieved by a government that had lost touch with the problems of Ghanaians, or by one that is presiding over the reckless dissipation of the public purse”.

“In the midst of COVID-19, when most of the economies of the world found themselves in recession, Ghana was one of the very few economies that reported positive growth. He said the High fuel prices, high freight charges, rising cost of living, are not Ghanaian phenomena, they are the order of the day across the globe, unfortunately”.

Just as every country on earth is confronted with these difficult challenges, largely as a result of the impact of COVID-19, Ghana, under President Akufo-Addo, is making every effort, through the Ghana CARES Obaatampa Programme, to alleviate the hardships brought forth by the pandemic.

He said the Akufo-Addo government will continue to work for the development of Ghana, and help improve the standards of living of every Ghanaian.
Far from being out of touch, the government is highly focused on delivering on its mandate.