The Ranking Member on Foreign Affairs Committee of Parliament, Samuel Okudzeto Ablakwa has met Ghanaian students who have been caught up in the Russian invasion of Ukraine in Bucharest, Romania.

According to the MP, his visit was to afford him the opportunity on how the government can be more helpful to the students.

“I arrived in Bucharest, Romania which shares a southern border with Ukraine to visit our Ghanaian students who escaped from the conflict in Ukraine.

The visit affords me the opportunity to closely assess their conditions and to better understand from their unique perspective how our nation can be more helpful to them as I engage them directly.

“I do this not merely because it is a constitutional imperative of oversight imposed on parliamentarians; there is a higher obligation of our common humanity and nationhood. Romania now hosts the largest number of Ghanaian students — an estimated 200, expected to be evacuated to Ghana,” he added.

The North Tongu Member of Parliament indicated that “I have been greatly inspired by the amazing stories of survival and resilience as narrated by our heroic compatriots.” 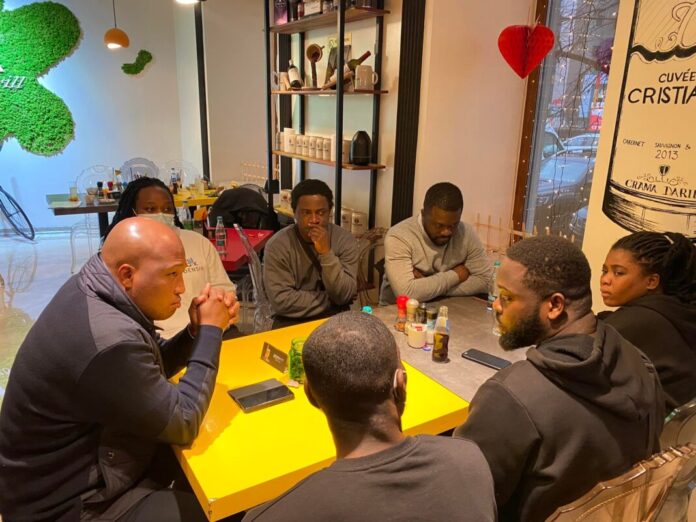 “I salute Ahmed Tijani Abubakr of our diplomatic mission in Prague for his impressive consular services which have been praised by the students,” he disclosed.

“The Romanians have been awesome with their exceptional kindness. Our nation owes them a debt of gratitude. It gave me great pleasure to host our courageous compatriots to lunch, convey messages of hope for a brighter future, and to make a modest donation into the NUGS-Ukraine welfare account.

“I assured our much cherished compatriots that the entire nation led by government is with them in prayers and solidarity. Evacuations shall continue and we would also never forget their colleagues who remain trapped in Ukraine, particularly those in the city of Sumy.”

The Ranking Member further stated “together, as one nation with a common humanity, we shall ensure the complete protection and rehabilitation of our beloved citizens.”

It is ASABEE’s story: An open letter to NPP Delegates