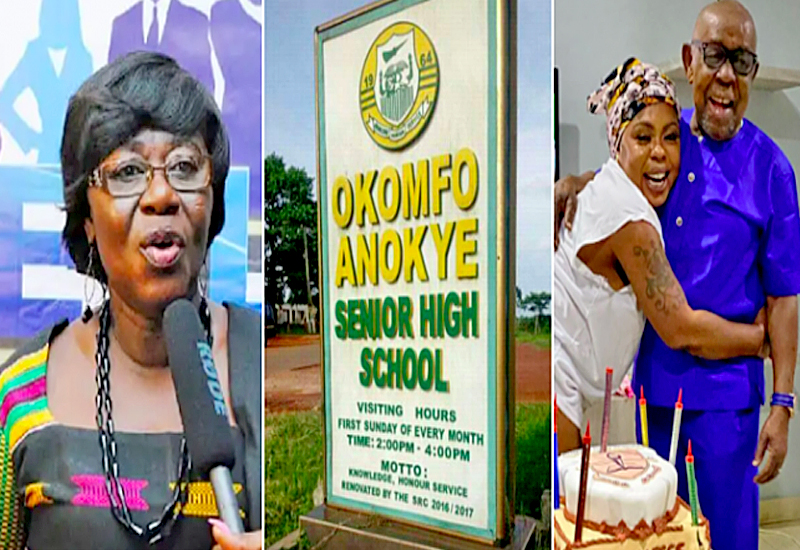 Afia Schwarzenegger has revealed that Ghana’s incumbent Chief of Staff, Frema Opare was instrumental in the preparation of the final rites for her late father.

In the voice of Afia in viral footage, the Chief of Staff donated ¢50,000 to her and her family not only for the funeral but also for the transportation of her father’s coffin to Ghana.

In a video posted on Instagram, Afia noted that Frema Opare even after the donation urged her to make known any extra cost the family have to bear so she could help.

The actress stated that she was extremely grateful to Frema Opare for her immense contribution adding that the family may not even have an extra cost to bear.

Going on her knees Afia Schwarzenegger prayed for the Chief of Staff and thanked her for her efforts in ensuring that her father’s funeral was held peacefully.

But from the look of things, critical thinking Ghanaians are not happy with the move by Chief of Staff, Madam Frema Opare considering the fact that her hometown’s Okomfo Anokye SHS Computer Lab is in shambles!

In the Facebook timeline of Kwabena Nsafoa, he listed major developments the 50,000ghc gift to Afia Schwar could have done to the natives of Wiamoase where Ghana’s incumbent Chief of Staff comes from. 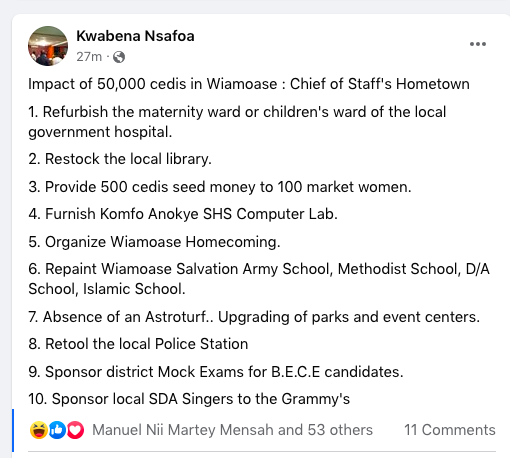