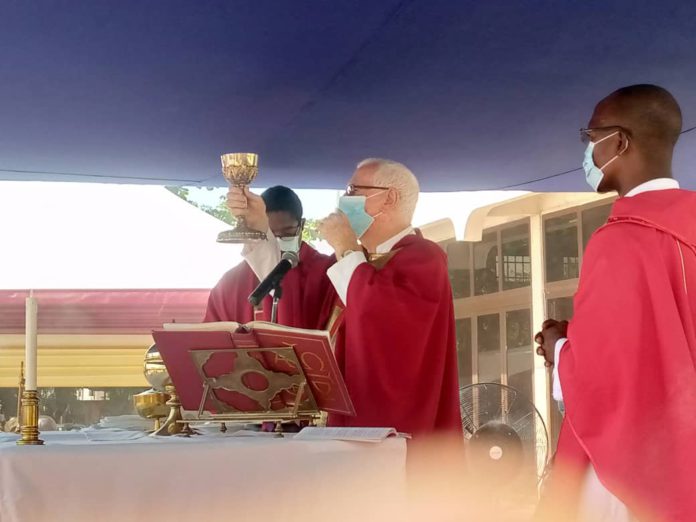 The Catholic church has held a send-off mass for Father Andrew Campbell on the day he retires after serving as a Parish Priest for the past 50 years in Ghana.

The ceremony to mark the 70th anniversary of the Catholic church and official send-off mass for the 75-year-old was held at Christ the King church where he served.

Speaking during the ceremony, Father Campbell said he will remain in the priesthood fraternity by working behind the scenes, for the rest of his life.

The priest, who has over the years championed the course of lepers together with Vice President Dr Mahamudu Bawumia, said he will not relent on doing God’s work and reaching out to the less-privileged in society.

The soft-spoken charismatic founder of the Lepers Aid committee, encouraged his successor to be accommodating; with a call on the church to accord his successor, same support they gave him during his tenure.

The resignation of the Philanthropist and the official send off held at the premises of the Christ the king church is in conformity with the rules of the Catholic church.